Freezing of Gait? Causes and 4 Effective Tips to Manage it

The secret for success? “Break the target/problem into smaller parts”. This has been used by cricketers such as MS Dhoni, eminent business and even great mathematicians. The fact of the matter is that when we run a complex program even on a computer, the CPU takes time to process it. It is the same with cricketers, with businessmen and great scientists. Rather than work on the entire programme and risk freezing, a step-by-step process is often easier on our minds (or processors) and on time too.

Let us take an example. Imagine that you click on the mouse or touchpad to scroll down to read this page (That is the input). Now ordinarily the CPU process this information and sends a message to the screen (the output device). The result is that you get to read the next line or paragraph. If there is a delay in the CPU processing this information for whatever reason – the screen freezes and you need to wait until the screen moves. The exact same thing happens to a Parkinson’s patient. For a Parkinson’s Disease patient, due to lack of signals from the brain, the patient does not get a cue on what to do – and hence he or she freezes. 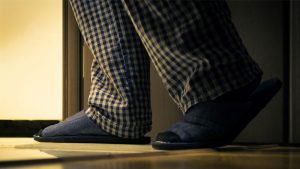 Depending on which part of the stride they are in and the social context – it can result in embarrassment to a fall. Fortunately, there has been a lot of scientific work behind this (Paula J. McCandless, 2015) , and there are a few ways by which this can be greatly reduced

Coming back to the example above, there is a less likely chance of the computer/mobile freezing or slowing if all other applications are closed and focused on this one task at hand. For Parkinson’s patients who experience FOG (Freezing of gait), it is the same. It is about channeling all sources of input (eyes, ears, etc.) to that one task at hand.

Fortunately, there is a walker in India that helps us do just that: The U Step II Walker. Gifting a loved one who is suffering from Parkinson’s Disease or gait freezing the freedom to walk is probably the most cherished experience that they would get. 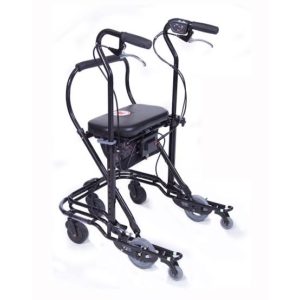 close
Keeping in mind the safety of our employees due to Covid-19, we are pausing operations, and as a result delivery timelines will be impacted. We apologize for the inconvenience caused.
Scroll To Top
We use cookies to ensure that we give you the best experience on our website. If you continue to use this site we will assume that you are happy with it.Accept Cookies